One of the most important properties that let cryptocurrencies function well as money is the limited supply. If someone was allowed to print coins from thin air, it would be very poor money and would essentially be worthless.

But would they really be completely useless? These cryptocurrency-like things are called tokens, and they aren’t that useless. In this chapter we’ll look at how they can enable more accessible fund raising, improve gift cards or enable peer-to-peer derivative trading.

Tokens are essentially cryptocurrencies, except there’s a single entity with the power to create coins. Tokens retain the other useful properties of cryptocurrencies such as counterfeit resistance, transaction irreversibility and double spend protection.1

They achieve this by operating on top of an existing cryptocurrency. You might think of it as the issuer marking some coins with additional information, specifying what kind of token they are. (Technically tokens can be implemented in many different ways, but this is the core idea.)

The most popular class of tokens are probably the ERC20 tokens, implemented on top of Ethereum. For example USD Coin, Coinbase’s stablecoin backed 1-to-1 by USD, is an ERC20 token. The Binance Coin, used for the bonus system on a cryptocurrency exchange, is another.2

1Some properties are weakened when the value of tokens come from a central party.

Consider a gift card token for example. If the company backing the gift card goes bankrupt or if the company declares that the tokens cannot be redeemed, they’re now useless.

2You could implement tokens on other cryptocurrencies as well. The Omni Layer is for example an extension network built on Bitcoin that supports tokens. The difference is that Ethereum’s ERC20 tokens are miner validated, while Omni uses a different consensus mechanism.

The most famous, or infamous, use of tokens is for an Initial Coin Offering (ICO). It’s similar to an Initial Public Offering (IPO), which aims to raise funds for companies or projects. In return for giving them money you’ll receive a token as a sign of participation. ICOs are mostly unregulated and are easy for anyone to participate in.3

One of the benefit of ICOs is that they’re very easy to setup, and with the right tools it can be done in a few seconds. This is also a downside as there are countless of ICOs that function only as pyramid schemes with the only purpose of finding greater fools to dump on.

Although ICOs are mostly associated with scams (and rightfully so I’d say) there might be some usefulness here. What you’re really doing is donating money to a cause you believe in, and hope you’ll get a good outcome.

3ICOs are classified as securities and the Securities and Exchange Commission (SEC) has intervened on a number of occasions.

Does it sound insane? That’s really no different from how Kickstarter works, where it’s very popular to pledge money for an interesting board game project and you wait for months or years and hope you’ll get something in return.4

4You might still say it sounds insane, but just realize Kickstarter is very popular and it mostly works out well. (At least for board games, which I’m most familiar with.)

Why would you want a token for this? The benefit would be that anyone, anywhere, could participate and that participation could be done anonymously. And it all takes place on a platform where you have a guarantee that you can sell your token if you lose faith in the project (since properly implemented not even the issuer can prevent token transactions).5

5It might be hard to claim anonymity if you want someone to send a board game to you, but it’s relevant if you’re expecting returns in cryptocurrencies or other digital goods.

For example let’s say you walk into a store and want to buy a gift card. How do you know it’s not fake, or haven’t been used? Luckily there’s a code on the gift card, which you can enter into a website to verify if it’s still valid. Okay! It’s valid, so you buy it and walk out the store.

Unfortunately for you the store clerk has already written down the gift card code, and shortly after you leave the store he decides to use it up, making your gift card useless. Physical gift cards, the one you hand in to a store when you use them up, don’t really have this problem, but this is unsolved for digital gift cards.6

This problem, of how to transfer ownership of a code, is really the same double spending problem that cryptocurrencies pioneered a solution for. And tokens inherit this property, allowing you to buy a token based gift card and be absolutely sure that it’s unspent and that you’re the only one who can spend it.

6Physical gift cards can have a problem with conterfeiting, which is also something cryptocurrencies completely solve.

All the money in the world, both physical and digital locked up with banks, is worth around $90 trillion. (Visualcapitalist 2017)
Derivatives 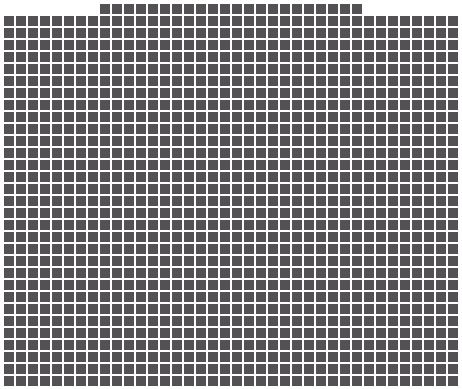 It’s quite difficult to pinpoint the value of derivatives correctly. I’ve found a low end estimate at $544 trillion and a high end at $1.2 quadrillion (or $1,200 trillion). (Visualcapitalist 2017)

One quadrillion! As a non-native English speaker I hadn’t even encountered “quadrillion” before, and to me it sounds like a made-up number found in Donald Duck.

There’s been a lot of excitement around Bitcoin’s meteoric rise in valuation. But compared to the really big markets Bitcoin’s marketcap of $164 billion isn’t that impressive. (2020-01-28)

In short, they’re a bet on the value of something. A derivative is a contract that derives its price from fluctuations of the underlying asset. This commonly include bets on stocks, bonds, currencies and commodities. Have you heard about futures, forwards, swaps and options? They’re all different types of derivatives.

We’ve already seen how cryptocurrencies can improve currencies, but other types of derivatives might also find some benefit from being based on cryptocurrency tokens.

Take stock trading for example. They’re done through a stock exchange and intermediaries that manage the exchange. This is required because—like the problem with gift cards—there’s no way to transfer ownership in a secure way. But now there is; with tokens you could create a decentralized derivative market and trade them directly between two people, without the need for an intermediary to manage the trade.7

7Similar to how cryptocurrencies can save fees by cutting out payment processors from digital purchases, there’s financial gain here too.

If you wanted to, you could also create digital bearer shares, where the share of a security is given to whoever controls a specific token. (With typical bearer shares control is given to whoever holds a certain piece of paper.) They would protect the owners’ anonymity, since their identity is never recorded or required, and could be used to for example create a company controlled by anonymous people.

I’m not suggesting that all derivatives should just use tokens, in many cases this wouldn’t make sense and would only add inefficiencies to the system. But even if there’s just a very small fraction of derivatives that could benefit, due to the sheer size of the derivative market, tokens could still bring a lot of value.